There are not so many recordings available that feature Square Pianos where we have details of the piano itself, as well as the performer.  A couple of Friends who have recorded CDs recently have been kind enough to send me copies, and I am delighted on this page to give details of them.

If any Friends would like their recordings to appear on this page, please send a copy so that I can listen to it, and do not forget to say how copies may be purchased.

This website is primarily about Square Pianos, but I am happy to stretch a point to include spinets or other early keyboard instruments. Hint for you players out there.  Previously, I said that didn't know of a complete recording of a particular spinet, so very special thanks to Peter a nd Mary Berg, for sending me the CD of their Haxby spinet - reviewed below.  But please let's have more!

Also, you may remember that this page was formerly called         'Friends' CDs', but I am slowly being dragged into the 21st century.  For specialist recordings in particular, there are advantages in the digital download format.  I will miss the pictures and 'sleeve notes', but I suppose I will have to get used to the new ways eventually. 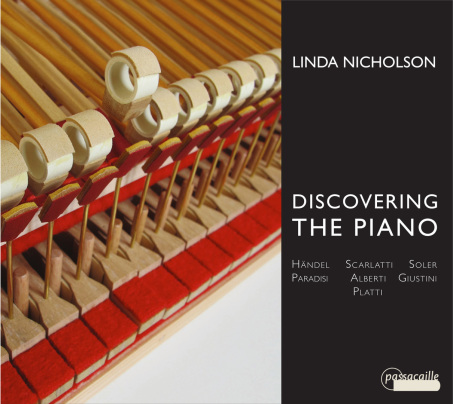 OK, so this is not a square piano, but as I said, I make the rules, and this is a recording that every early piano enthusiast should have.  It features spirited playing by Linda Nicholson on a beautiful replica of a 1730 Cristofori-Ferrini piano made by Denzil Wraight.  None of the few surviving Cristofori pianos is in a condition to give us any idea of how they sounded originally, so rather than copy an original, Denzil has based his instrument on all known sources of information.  The result is a truly delightful and expressive sound, very far removed from what I was expecting.  Comparison with Zumpe's diminutive squares is hardly fair, so let's just say that this is a lovely sound, which we all should enjoy.  The recording is Passacaille 1024, which deservedly received the Diapason d'or award in 2017

Denzil has very kindly provided a download of the English part of the CD booklet. 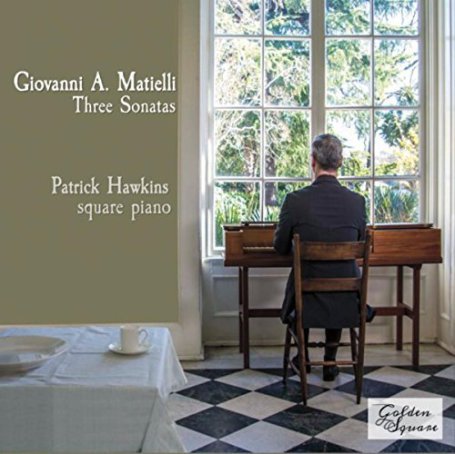 We welcome a new recording by our Friend Patrick Hawkins.
The CD is GS001: Golden Square Records
This is a premiere recording of three sonatas by Giovanni Antonio Matielli (1733-1805). Matielli was a contemporary of Haydn and Mozart in Vienna and his music was highly regarded by Gluck. For the recording, I wanted to feature various square pianos from the time of the music, so you will hear three different squares: Johannes Broadwood (1787), Longman, Clementi and Co. (1799), and Christopher Ganer (c. 1785-90). The first two pianos are in the collection of Tom and Debra Strange and the Ganer square is mine. The Ganer was restored by Michael Cole.
There was some delay in the availability of this recording in the UK, but it may now be ordered through Amazon. 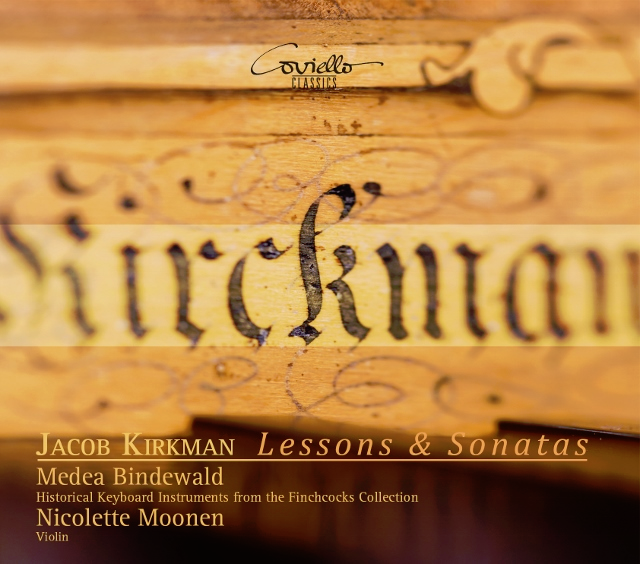 Jacob Kirkman, Lessons and Sonatas
Medea Bindewald (harpsichord, square piano), with Nicolette Moonen (violin)
This recording features the nearly forgotten composer Jacob Kirkman (1746–1812), a nephew of the famous London harpsichord maker of the same name. His delightful lessons and sonatas are representative of the musical taste in post-Handelian London. Medea Bindewald plays a 1756 double manual harpsichord by the composer’s uncle Jacob Kirckman and a 1795 square piano by Broadwood & Son, both from the Finchcocks Collection in Kent, England. The variety of different sounds presented on this CD is enhanced by including Kirkman’s works written in the unique and nowadays much-neglected genre of keyboard repertoire with a violin accompaniment, played here by Nicolette Moonen. This is one of the very last recordings made at Finchcocks Musical Museum before its closure.
To order the CD or listen to a sound sample:
https://hyphenpress.co.uk/products/music/jabob_kirkman 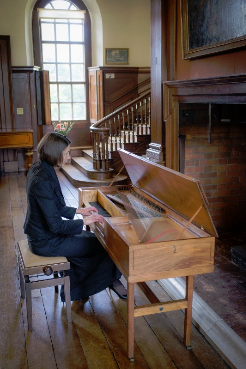 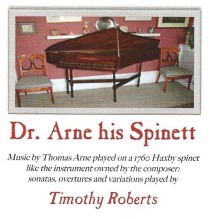 Dr Arne and his Spinett

This is the first recording I know of to feature one particular spinet, so thank you to Peter and Mary Berg for sending it to me.  Their Haxby spinet (c.1760) is an early instrument by the famous York maker, who went on to make very fine square pianos.  On this CD, Timothy Roberts plays a selection of pieces by Thomas Arne, one of the most popular composers of the day.

Although all English spinets look more-or-less the same, it is surprising how much their sound and character can vary.  This instrument is bright and chirpy, reminding me of the big harpsichords of the time.

This fine CD is available through the website www.orchardstreetmusic.uk/recordings 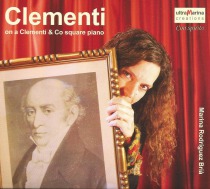 Our Friend Marina Rodriguez Bria has recently recorded a splendid new CD of Clementi's music played on an 1824 piano carrying his name.

The CD is number UMCCD001, and it is now available via this link.

Fine music, beautifully played on a beautiful piano - what more could we ask for?  For Finchcocks this year, Marina very kindly sent copies which we gave to Christopher Clementi, and to Martyna Kazmierczak, winner of this year's prestigious Clementi Award.

I have a copy, I enjoy listening to it, and I can strongly recommend it. 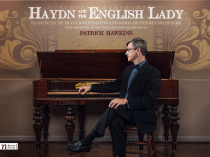 Haydn and the English Lady

The 1831 Geib piano used for this recording was the subject of an amazing restoration by Tom Strange.  On this CD, Patrick Hawkins plays music by Haydn, and also by Maria Hester Reynolds, who was born in 1760.  She married Thomas Park in 1790, and supplemented the family income by composing and publishing a number of pieces, and also by giving lessons.  Amongst those she taught were the Duchess of Devonshire and her daughters.  She died in 1811. Maria's music is charming,and well worth listening to.